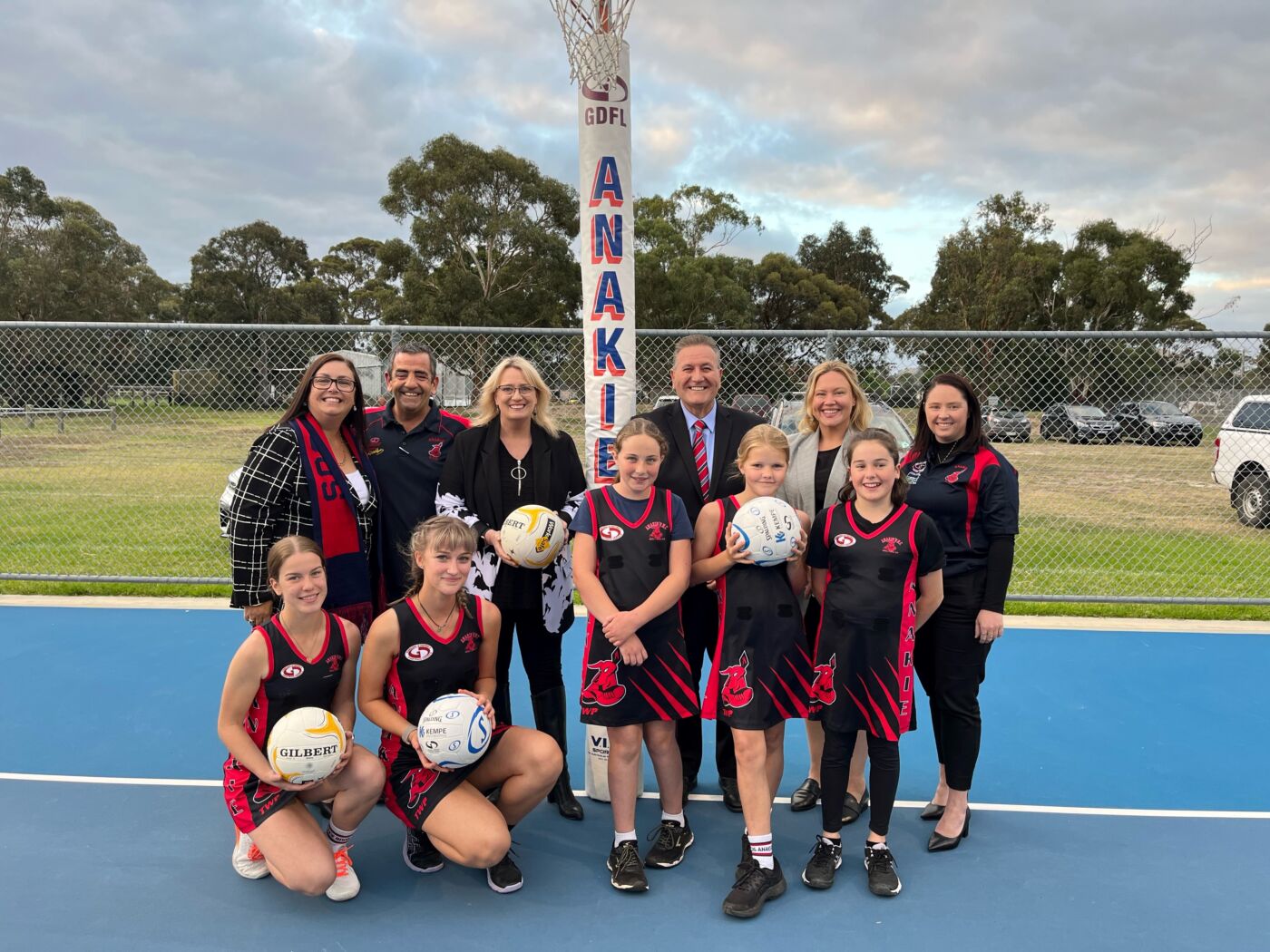 The Anakie Football & Netball Club are excited to announce their successful application to deliver a 2nd netball court. Minister for Community Sport Ros Spence visited Anakie yesterday to congratulate the club on receiving $197,000 from the State Government Country Football and Netball Program towards this development at the Anakie Recreation Reserve. The program is a partnership with Netball Victoria and AFL Victoria and was established in 2005 to help netball and football clubs across the state to meet growing demand. So far, the program has delivered more than $34.5 million to support more than 550 projects.

Member for Lara John Eren stated “The Anakie Roos are an integral part of this close-knit regional community. They deserve modern and safe facilities they can be proud of.”

Representatives from Netball Vic & AFL Vic also joined in the celebrations to this momentous occasion for our club.