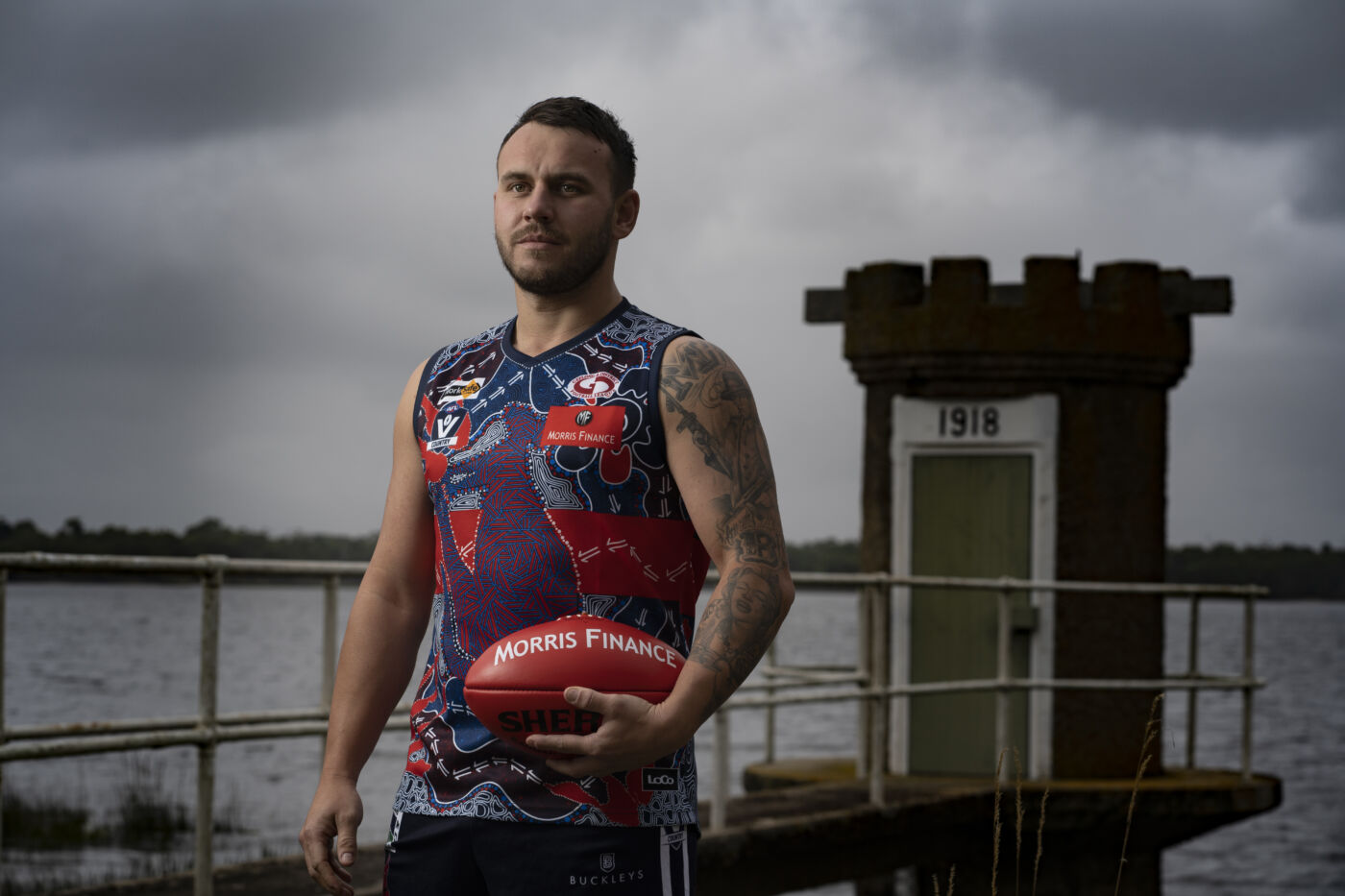 ROOS PAY TRIBUTE TO LAND, PAST

ANAKIE will pay tribute to its past and its link with Wadda Wurrung Country when it wears an Indigenous-themed jumper for the first time in 2022.

The Roos started life as the Durdidwarrah Football Club, about 20kms north of where the Anakie township is, during the construction of the Stoney Creek Reservoir system. In the Wadda Wurrung language, durdidwarrah means ‘shelter of bark’.

With the workers camping in the surrounding bushland, a football team was formed, winning a premiership in 1914.

At the completion of the 60-year long project, Durdidwarrah found a home in Anakie in 1925.

The jumper, which will be worn against Geelong West on July 2 ahead of this year’s NAIDOC Week, is the brainchild of Roos player Eliot Birch.

Birch’s fiancee Alana and children Krue and Madden are members of the Kungarkan and Gurrinji nations in the Northern Territory and the Badu people in the Torres Strait Islands.

Anakie joins the Belmont Lions, who have had strong links to the Wathaurong Aboriginal Cooperative for more than 40 years, and Corio in producing an indigenous jumper.

Birch hopes it can lead to a league-wide Indigenous round.

“A lot of Alana’s family are up in Darwin, and they’re a massive part of the Palmerston club up in the NTFL,” Birch said.

“And I watch a lot of it, and they represent the indigenous jumper with pride, and every club up there does it.

“On top of that, we’re watching it in the AFL, the VFL, but at a local level, I don’t see it happening as much.

“I feel it’s something we can do to give back to the indigenous community and create that little bit of awareness for a culture that gives so much to footy at every single level.”

“(It) tells a story of our connection to water (Stoney Creek) and earth (red scoria from Mt Anakie) and the linking of football and netball with footprints from front to back,” Roos president Heath Menhennet said.

Birch said he was taken aback when he first put on the jumper for a photoshoot at Stony Creek Reservoir.

“It was a big moment for me when I finally saw the jumper,” he said. “I couldn’t have imagined it coming out any better.

“To put that jumper on and be able to showcase the culture of my kids and my partner is a massive thing for me, and it’s going to be a very, very proud moment when we run out in that jumper this year.”

The clash with Geelong West will also mark the last use of Anakie’s social rooms before works commence on a $2.2m upgrade that is due for completion in early 2023.

The jumper and a polo shirt carrying the design are available for sale via the shop on the Roos’ website https://anakiefnc.com.au/shop/